Istanbul has welcomed many diverse civilizations with its geography spanning two continents and unique historical and cultural resources. The one-of-a-kind city, known for its lovely natural beauty and inviting ambiance, is also a symbol of lively and modern city life. By visiting Istanbul, you can enjoy many things that any tourist would expect from a decent trip at once. Istanbul offers you excellent natural beauty blended with historical and cultural perspective, vibrant entertainment, delicious food, and a modern urban lifestyle. Many places to visit in Istanbul will make you feel that you are traveling in time and space at each step you take in the city.

Hagia Sophia, or “Ayasofya” in Turkish, is one of the most important sites tourists should have on their bucket list. Besides being a prominent religious site, it is also an excellent cultural and artistic structure. The first structure in this area was built in 326 AD but burnt down later. Then, a new and more magnificent one was constructed by Roman Empire. The highest quality marbles, tiles, metals, and mosaics were used for this remarkable building.

When the Ottomans conquered Istanbul, they converted a Christian-oriented church into a mosque. That conversion brought Islamic additions to the building. Upon the modern Turkish Republic foundation, Hagia Sophia was converted to a museum where Islamic and Christian cultures and art are represented. In 2020, it was converted back to a mosque. Today, thousands of people pray or pay a tourist visit to this excellent building.

The Topkapi Palace is one of the most desired places to visit in Istanbul. For many years, the palace was the headquarter of the empire. Construction began after the conquest of Istanbul by Mehmet the Conqueror, and until 1856 the palace served as the resident and administrative center to the Ottoman sultans. Due to natural disasters and the date’s needs, Topkapi Palace was renovated and expanded until the late Ottoman period.

Today, it serves as a large museum where millions of people visit each year to have a closer look at the tracks of the glorious empire. Since Topkapi Palace was also home to sultans and their families, you can also learn many things about the social and daily lives of the sultans and other people residing in the palace. The palace is quite a big one, and you need half a day to see the parts of it entirely.

Blue Mosque, ”Sultan Ahmed Camii” in Turkish, was constructed by Ahmed I. It is named after plenty of blue Iznik tiles used in its interior design. With six minarets, the mosque made a splash in Muslim World when it was first built in 1616 and is still a stunning landmark of Istanbul and Turkey. Separated by a big beautiful yard, the Blue Mosque and Hagia Sophia stand facing each other in a very close distance.

Many people, especially Muslims, come to this fabulous mosque to spend some praying, and they are amazed by one of the most distinctive architectural constructions in Istanbul. At dusk, people around the Blue Mosque enjoy watching people and pigeons rushing while listening to the call for the pray. It is such an impressive atmosphere that many locals, as well, enjoy repeating this occasionally.

Istanbul is not only famous for landmarks on the ground, but it also offers some underground beauties like the Basilica Cistern. Originally, the structure was designed as water storage for the imperial facilities. Justinian finished the project in the 6th century. The area takes a total of 9800 m2. The stone columns used in the structure are artistic and decorative. On the northwest side of the cistern, two big stones are depicting the face of Medusa. Like many other columns in the cistern, they are thought to be recycled from other constructions within the empire. The Basilica Cistern also appeared in popular films and games as the setting or part of the story. Especially on sweltering days, you can take a cool tour in the cistern underground.

Tourists are always short of time since they want to see all the possible places to visit in Istanbul while relaxing and entertaining themselves. Shopping, as well, is one of the most important parts of visiting a new location. Fortunately, Grand Bazaar (Kapalı Çarşı) offers anything that a tourist might expect from a visit. Being the first shopping mall in the world, the Grand Bazaar is one of the busiest places in the city.

Today, the Bazaar is famous for souvenirs and handicrafts. It is a large area surrounded by walls between two historical mosques (Nure Osmaniye Mosque and Beyazıt Mosque). There are numerous entrances to the Bazaar, and many tourists allocate a good deal of time and money for this part of their visit. Also, local people visit the Bazaar, especially when they want to buy something as a gift to remind someone of Turkey or Istanbul.

If you are into food and especially spices, there is a perfect place for you in Istanbul. The Spice Bazaar (Mısır Çarşısı) is an old shopping mall like the Grand Bazaar, but you can find mostly spice, dried herbs, nuts, and most importantly variety of Turkish delights. The Bazaar was named after the large amount of spice brought from Egypt (‘’Mısır’’ in Turkish). Shopping or just walking in the Spice Bazaar is one of the most entertaining activities for tourists. It is extremely busy at certain hours of the day, so you can prefer the early morning to visit there to don’t have to walk in the crazy crowd.

The Maiden’s Tower (Kız Kulesi) is a small iconic islet in the Bosphorus. Built on a big rock under the sea, it is 200 m away from the Uskudar coast on the Asian side of the city. The tower dates back to the medieval Byzantine age. It was initially built as a customs office for ships from the Black Sea to the Bosphorus. During the Ottoman time, the Maiden’s Tower was used as a watchtower. Today, the tower is host to a cafe and restaurant where many tourists and locals visit and enjoy the beautiful view of the Bosphorus and Istanbul. You can take one of the private boats to go there during the day. It is one of the best places to visit in Istanbul.

Istiklal Street is the place where you can feel the history, culture, and modern metropolis life at the same time. The street is pedestrianized, and you can find many cafes, restaurants, shops, and street artists along the street. Istiklal Street is also home to some important museums, churches, and consulates. There is also a nostalgic tram traveling along the street, which reaches Taksim Square at the higher end of the street.

Taksim Square is one of the best places to visit in Istanbuland even in Turkey. Many celebrations or great meetings are held in this square. Walking along Istiklal Street and spending some time at Taksim Square will feel you Istanbulian.

Galata Tower, ”Galata Kulesi”, was built by Genoese in the 14th century. With its nearly 63m height, this iconic landmark was the tallest building of the city when it was first built. It is close to the Golden Horn and the lower end of Istiklal Street. From the observation deck at the 51st meter, you can have an incredible view of the Bosphorus, Golden Horn, and many districts of the city. On the upper floors, there are a cafe, a restaurant, and a nightclub. You can take one of two elevators to get to those facilities. Especially for the younger generation, the tower is one of the best places to visit in Istanbul at night.

Dolmabahce Palace was built in the late Ottoman period. Upon making this magnificent palace, the Sultan of the time, Abdümecid I, moved here thinking that Topkapi Palace was old-fashioned and lacked luxury and comfort. The construction of this palace cost a significant amount of money and had a remarkable impact on the deterioration of the Ottoman economy.

Later, Ataturk, the founder of the new Turkish Republic, also used this palace as the presidential house and died here. The palace reflects the combination of Ottoman and Western architecture. When you visit the Dolmabahce Palace, you will quickly feel the Ottoman Empire’s shift to Westernized identity by looking at the history and the architecture.

In sum, choosing Istanbul to get your dental treatment is already a big favor that you can ever do yourself. However, there are still a lot of things to do and countless places to visit in Istanbul. Therefore, if you want to make the most of your dental treatment, you should spend a few more days thoroughly enjoying the city.

Traveling to Turkey for a Dental Treatment! 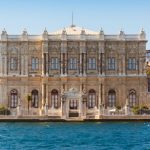 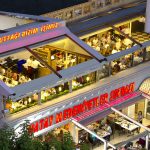 3 Restaurant Alternatives in Istanbul (To Test Your New Veneers) 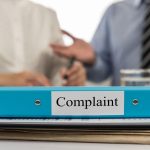