Brushing teeth might be the first thing we learn about mouth health, and maybe one of the most ignored. Everyone remembers those moments before a dental check at your dentist. We all know the jokes about putting more toothpaste on the toothbrush and brushing the teeth likecrazy right before a visit to the dentist so that we can get a deeper (!) cleaning.

Even though we all learn about brushing at very early ages in our lives, there are many misunderstandings, mistakes, and discussions on the principles of brushing the teeth. People mostly ask if brushing your teeth before or after breakfast is better for your teeth. We also get too many questions from our patients about brushing their teeth after getting veneers in Turkey. Brushing teeth with veneers is the same as natural teeth.

In this article, we are going to answer some frequently asked questions about brushing teeth. You’ll be surprised, but brushing your teeth wrong may give your teeth more harm than good,especially when you make some specific mistakes.

1. How long after brushing your teeth can you eat?

The most common mistake made by brushing is the timing. People use teeth brushing timers to know that they brush their teeth enough, but they make the mistake of brushing the teeth short after or before breakfast. Brushing the teeth after eating breakfast or a cup of coffee mayharm your teeth’s enamel due to the acidity on them. Authorities like ADA recommend waiting for about 60 minutes before brushing your teeth after breakfast. Most dentists would agree with that and recommend you to wait at least 30 minutes before brushing or rinse your mouth after the meal.

Speaking about brushing before the meals, there is almost a consensus over it. Having your breakfast after brushing your teeth does not harm your teeth. But it’s also recommended to wait for as long as you can so that the fluoride does its job and prevents cavities much better.

2. Is it enough to Brushing Teeth Once a Day?

Generally, we can tell that bleeding gums while brushing teeth is not a good sign. Patients experiencing this problem should consider flossing their teeth daily and switching to a toothpaste for gum diseases. When these precautions are not enough to solve the problem, youshould consider seeing your dentist for gum disease treatment.

People generally use toothpaste to brush their teeth, but there are some other methods on the Internet. While some people prefer brushing their teeth with baking soda or baking powder to make them whiter, some try brushing teeth with coconut oil, even with charcoal. At Maltepe Dental Clinic, we strongly recommend asking your dentist before using clinically approved methods. Even though they seem unharmful, they may be the wrong solution for your type of teeth. 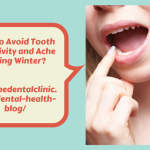 How to Avoid Tooth Sensitivity and Ache During Winter 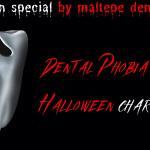 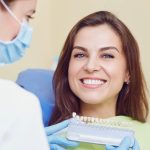 What is Ethical Dentistry? 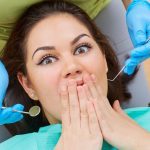 5 Reasons of Dental Fear And Best Ways To Overcome Them